Husbands Bosworth is a large village situated close to the county border with Northamptonshire near the sources of the Rivers Avon and the Welland. It lies at the junction of the A5199 Leicester to Northampton Road with the A4304 Market Harborough to Lutterworth main road.

These two routes have had a strong influence on the village. The Conservation Area covers most of the village with an extension eastwards to include Bosworth Hall (Listed Grade II*) its grounds and the Roman Catholic Church within them.

The basic form of the village is a strong line along the High Street (A4304 main road) but with two small lanes and the A5199 Welford Road leading to the south and several roads leading off to the north some of which are looped roads and others linked. The A5199 to the north of the High Street consists of two one-way sinuous but roughly parallel roads joining as they leave the village: Bell Lane, continuous with the Welford Road leading from the High Street, and Berridges Lane leading to it. Other roads, Mowsley Road, Church Street and Honeypot Lane lead from the High Street in the east to loop and link. This pattern of roads over the large square area gives surprises and unexpected corners of interest as there is no obvious core of the original village, rather the remnant older buildings are dispersed and appear unexpectedly amongst later development. Within the blocks made by the road pattern are areas of recent housing development.

The contrast of the wide long High Street with the narrower lanes and junctions on either side gives Husbands Bosworth its character, together with the abrupt southern edge on ridge tops overlooking the meadow lands (under which passes the tunnelled Grand Union Canal), and the enclosed parkland of Bosworth Hall at the eastern edge.

The buildings of Husbands Bosworth are diverse, intermingled with more modest ones and include many larger 18th and 19th century properties. Although red brick and slate predominate with some modest Regency buildings in the High Street and 18th century brickwork with coloured or lighter headers in Honeypot Lane, there remain examples of the 17th century timber frame tradition, of Swithland slates,and of thatch. The oldest building in Bell Lane, Wheatsheaf House, is a substantial 15th century timber framed building which incorporates some stonework. Apart from this example and the mediaeval church there is no stone here, the village lying just beyond the stone belt to the east.

Although a few mud walls remain, the boundary walls are mainly of red brick of varying heights. With the variety of buildings and complexity of street pattern there are a number of significant vistas and open spaces. These include: the entrance from the east with parkland to the south and wide verges and the pretty 19th century lodge cottage to Bosworth Hall straight ahead; and the green and open space around the A5199 south of the High Street. This is overlooked by the Victorian school, some Regency cottages, The Bell Inn and Turville Memorial Hall of 1895. The vista eastwards along the High Street is closed by the mediaeval Church and its churchyard at the junction of Church Lane and High Street. Other spaces at road junctions overlooked by interesting buildings are where Honeypot Lane opens into Mowsley Lane, the green at the junction of Church Lane and Mowsley Road and in Berridges Lane where the footpath alongside the grounds of Fernie Lodge and Hunters Lodge meets the road. Honeypot Lane and Church Street are particularly attractive. The form of Husbands Bosworth away from the High Street appears jumbled but within it are gems of individual buildings and spaces. 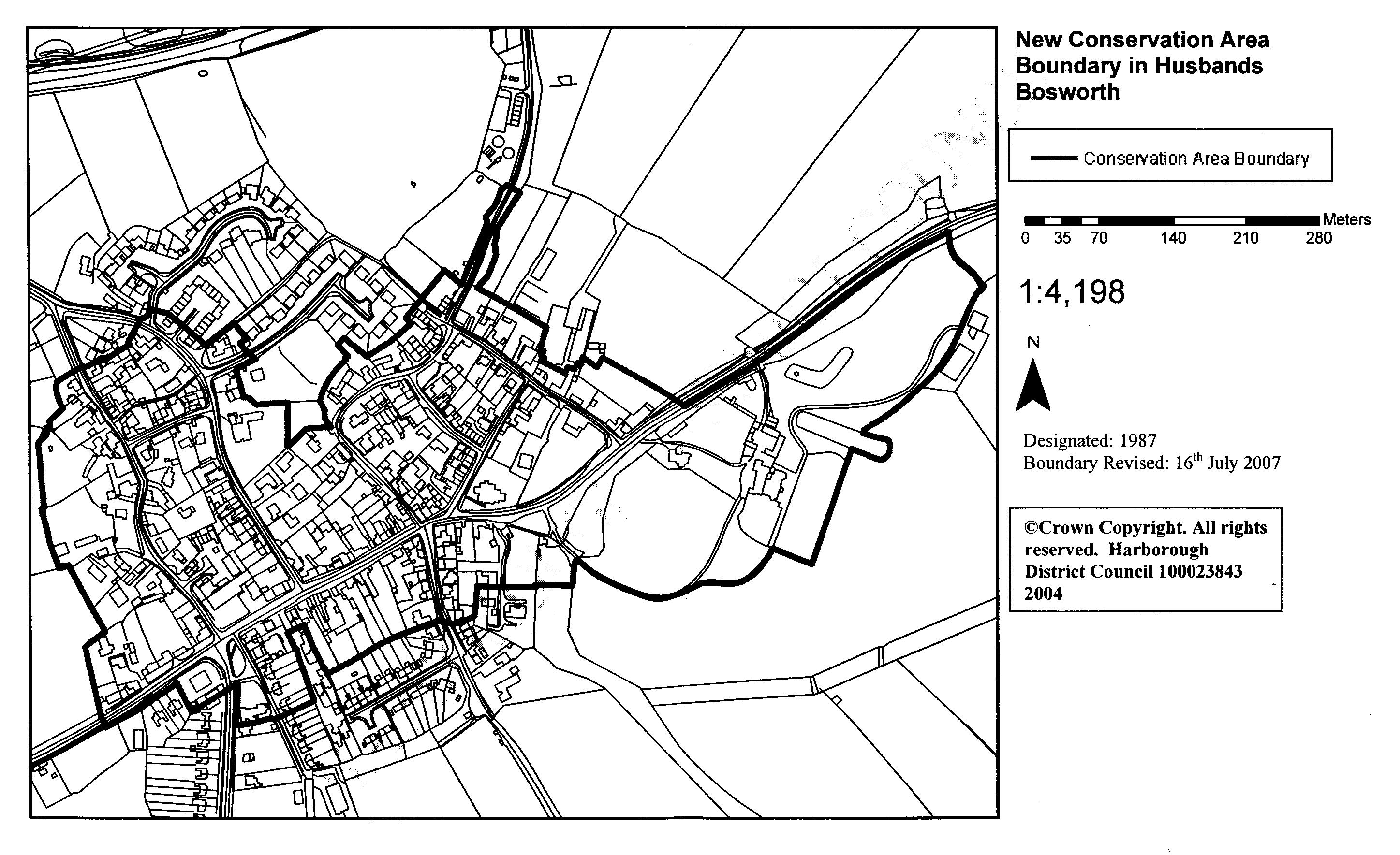